Some footage of a ‘fun run’ in the streets of Stockport in 1959 organised by the landlord of the Golden Lion, Middle Hillgate, show two teds congratulating the more casually dressed ‘cool’ winner of the run.

There are two teds, one on the left in a rough-and-ready mode (I can’t make out whether he has velvet on his collar or not) and a dapper ted on the right (cravat and waistcoat). The victor wears a large-scale gingham check shirt with upturned collar and a white or beige trousers (skiffle- and American-influenced which passed for an American style in 1950s Britain). 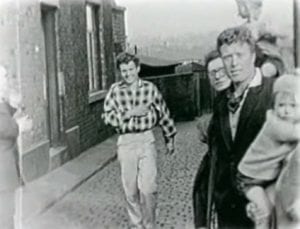 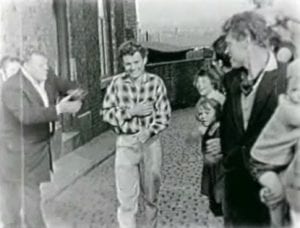 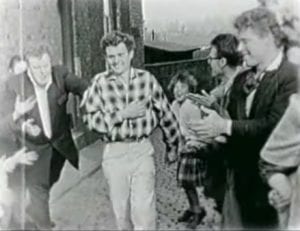 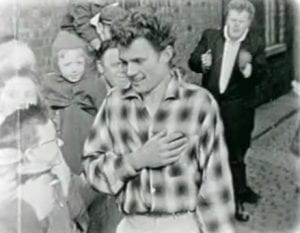 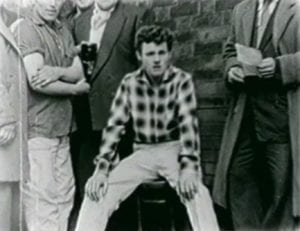