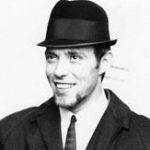 Although I’m actually a fan of men’s fashions of the early 1960s (think Bob Mortimer, Vic Reeves’s comedy partner), I don’t have much regard for mod fashions even though I can accept bum-freezer jackets when accompanied by a quiff. But despite my non-interest in mod fashions I’ve just have to recommend you a book by […] 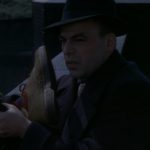 The film The Ladykillers, released in December 1955, is one of the classic Ealing comedies and was one of the few British colour films of the period. The story, well-known to most, is that of a disparate gang of criminals assembled by and headed by Professor Marcus (played by Alec Guiness) who can’t seem to […]

Some years ago Johnnie Jack set up the Federation of Teddy Boys in the hope it would bring teds together. If I remember correctly, some dissent was expressed from the ranks of teddy boys who visited the internet and Johnnie didn’t continue with the idea (one which I liked, especially as Johnnie has never badmouthed 70s […] 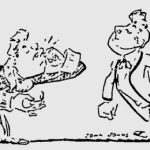 Ernie Hill. 1954. ‘Dressed in styles of 1830’s: ‘Vicky Boys’ all rage in London’. In Pittsburgh Press 03.09.1954, p.10. Chicago Daily News Foreign Service. LONDON. Sept. 3 – The gay young blades of London are going wild over a new fashion fad. They are having their tailors cut them suits similar to those worn during […] 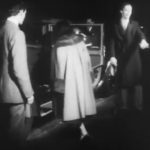 Teds in the 1955 documentary ‘Momma Don’t Allow’ The Fishmongers Arms, Wood Green, north-west London (Part 1) I went searching for some details concerning the Fishmongers Arms, the first London venue played by Crazy Cavan and the Rhythm Rockers in the 1970s when I discovered it was the same venue portrayed in the short film […] 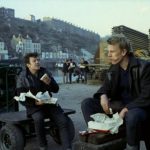 Part 1 Dressing in velvet collared long drapes seem to have gone out of fashion in Britain after the summer of 1958 with the Notting Hill Riots having equated teds not only with hooliganism but with out-and-out racism. Coincidentally the rock’n’roll hits from America were beginning to soften the beat and to add orchestral arrangements […]

Posts in The Golden Era