His first significant role was as the slovenly, unemployed Chunky – reprising the 1950s haircut and sideburns, along with leather jacket and skull-and-crossbones motif on his T-shirt – in Making Out (1989-91), the first of Debbie Horsfield’s comedy-dramas centred on groups of women. Chunky was married to Margi Clarke’s fiery Queenie, ringleader of the employees facing workplace and personal crises at an electronics factory outside Manchester. 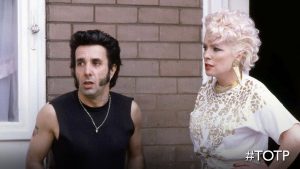 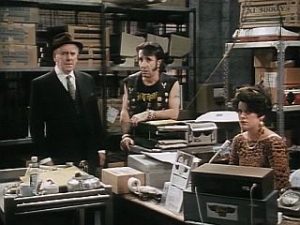 In 1980, Hibbard and his fellow actors in a 7:84 production of One Big Blow, John Burrows’s play about the daily hazards endured by miners and the escape they found by playing in colliery brass bands, mimicked the sounds of the instruments because they could not afford to hire musicians. Soon, as the Flying Pickets, they were being asked to sing a cappella at events, appearing in cabaret and at festivals, and were offered a record deal.

After leaving the group in 1986, Hibbard and his fellow Flying Picket Red Stripe (originally named David Gittins) teamed up as Brian & Stripe, but their only single, the Yazoo song Mr Blue, failed to chart.

“We brought the word a cappella into everyday language,” said Hibbard, “A lot of people wouldn’t have known what it was before we started doing it.”

Eventually settling down to regular work as a character actor, Hibbard flitted between productions, most noticeably in his native Wales, where he is particularly remembered as Dai Reese, the self-styled karaoke king, in the cult film Twin Town (1997), and as another layabout, the racist Tony in Little White Lies (2006), which won him a Bafta Cymru best actor award.

Hibbard, the son of a steelworker, was born in Monmouthshire and brought up in Ebbw Vale. He grew his trademark sideburns during the early days of rock’n’roll, and longed to see the world beyond his valley. On leaving school, he flitted between jobs as a steelworker, bartender and chimney sweep, before training as a teacher. Motivated by the political uprisings of the late 1960s, he then began acting with companies whose productions addressed political issues of the time.

Hibbard is survived by his wife, the actor Caroline Bunce, whom he married in 1996,